Sir Andrew Clarke was Surveyor-General of the Colony of Victoria and was a member of both Victoria's Legislative Council and Assembly. He was also heavily involved in many societies and organisations including holding office as inaugural President of both the Philosophical Society of Victoria (1854), and the Philosophical Institute of Victoria (1855-1857). As a member of the Legislative Council, Clarke was involved in drafting the colony's new Constitution and the Municipal Institutions Act. He also instigated the creation of the Museum of Natural History, selected the sites of the Botanic Gardens and St Paul's Anglican Cathedral, instigated the recording of meteorological data, and set about establishing a pure water supply for Melbourne. Clarke returned to the United Kingdom in c.1859 but continued to work on special commissions for the Victorian and Tasmanian governments and served as their agent-general for varying periods. Up to 1886 Clarke had a distinguished career in the colonial service and for the British army. 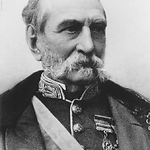