Alfred Gottschalk was Professor at the Max Planck Institute of Virus Research, Germany 1963-1968. He was a research biochemist at the Walter and Eliza Hall Institute of Medical Research 1939-1959 and a Fellow at the Australian National University 1959-1963. His studies of the action of viral enzymes on muco-proteins clarified knowledge of the carbohydrate moiety of the glyco-proteins and later work also made important contributions to both protein chemistry and virology. The Gottschalk Medal has been awarded annually by the Australian Academy of Science to recognise outstanding research in the medical sciences by researchers up to ten years after the completion of their PhD studies. 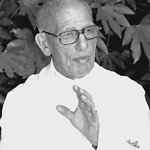