Agnes Betty Jeffrey was a member of the Australian Army Nursing Service when she was captured by the Japanese after the fall of Singapore in 1942. She was incarcerated for three and half years in Japanese prisoner of war camps in Sumatra. Post-war she wrote White Coolies (1954) and was integral to the establishment of the Nurses Memorial Centre in Melbourne. The film script for Paradise Road (Bruce Beresford, 1999) was in part based on Jeffrey's book. She was awarded a Medal of the Order of Australia (OAM) in 1987.

Betty Jeffrey (she preferred the name Betty) was born in Hobart on May 14, 1908. She trained as a nurse at Melbourne's Alfred Hospital (1935-38) before joining the Australian Army Nursing Service in 1940, where she was assigned to the 2/10th Australian General Hospital (AGH), later destined for Malaya. She arrived in Singapore February 18, 1941, a year before its capitulation to the Japanese. When the evacuation of Singapore began, Jeffrey boarded the ill-fated ship the Vyner Brooke with 300 other women and children on February 12, 1942. Vivian Statham (Bullwinkel) was also on the ship that was bombed two days later.

Of the 65 nurses on board, 12 drowned, 21 were later shot and 32 became prisoners of war. Bullwinkel was the only survivor of the 21 nurses massacred on Bangka Island. Jeffrey spent 16 hours on a life raft drifting in the water before reaching shore. She eventually gave herself up and was incarcerated for the next three and half years in Japanese prisoner of war camps in Sumatra. During this time she kept a secret diary of the day to day happenings in the camps, an account that formed the basis of the book White Coolies (1954), written when she returned home. When rescued August 8, 1945 Jeffrey weighed 31 kilograms (five stone) and was suffering from Beri Berii, tuberculosis and amoebic dysentery. She never fully recovered her health.

After spending time in hospital, Jeffrey and Bullwinkel obtained a car and travelled throughout Victoria, speaking at hospitals to raise funds for a memorial to the nurses who died in Sumatra. The Nurses Memorial Centre (NMC) - a 'living' memorial to all Australian nurses who served and died in wars - was opened in St Kilda Road, Melbourne on February 19, 1950. Jeffrey was appointed the NMC's first administrator and was the Centre's patron from 1986 until her death in 2000. In 1987 Jeffrey received an OAM. She died in Melbourne on September 13, 2000. 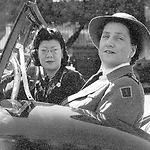 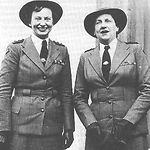 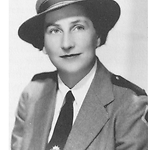 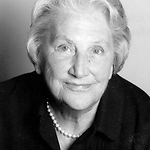