Margaret Frances Guy qualified as a nurse in 1937, and served with the Army Nursing Service during the Second World War. The recipient of a number of grants (Rotary, Fulbright, and the first Churchill Fellowship awarded to a woman) she undertook studies in the UK and USA in nurse education and administration. She was one of four founders of the New South Wales College of Nursing in 1949. At the time of her appointment to the Royal Prince Alfred Hospital, New South Wales, in 1948, she was the youngest Matron in Australia. Margaret Guy is remembered as a skilful administrator and passionate educator. In 1961 she was appointed an Officer of the Order of the British Empire (OBE) for services to nursing.

Margaret Frances Guy (née Looker) was born 10 October 1910, in Tasmania (she was named Martha Fannie) and died 25 August 1988 in Canberra, ACT. A memorial service was held at the Royal Canberra Hospital, 25 August 1988. She married John Guy in England in December 1955. In 1937, Miss Looker, as she was then, received her General Nursing Certificate from the Royal Prince Alfred Hospital in New South Wales, and took up a position in the same year as Charge Nurse at the hospital. The following year, 1938, she was a sister with the School Medical Service and in 1939 completed her Midwifery Certificate at the Crown Street Women's Hospital, Sydney. After service with the Army Nursing Service during the Second World War, in which she achieved the rank of captain, she travelled to London to study. In June 1947 she was awarded a Sister Tutor Diploma, Royal College of Nursing, London, UK and in November of the same year Part A, Diploma of Nursing, from the University of London, UK. In 1955 she received a Diploma of Nursing Administration from the University of Chicago, Illinois, USA. A member of the Florence Nightingale Memorial Committee (New South Wales) she was recognised in 1946-47 as the Foundation Florence Nightingale (International) Scholar for New South Wales. Her studies in the USA, 1954-55, were facilitated by Rotary and Fulbright Travel Grants, and she was the first woman to receive a Churchill Fellowship in 1966.

Margaret Guy was one of four founders of the New South Wales College of Nursing (NSWCN) serving as Vice-President of the Provisional Council 19 May 1949 to 31 January 1950; Vice-President 1 July 1951 to 4 November 1952; President 4 November 1952 to 8 July 1953 (resigning to take up Travel Grant). She was recognised as a Founder and invested as Foundation Fellow, 18 September 1952, delivering the Annual Oration, 'The Practice of Nursing', on 16 September 1964. A supervisor of the Sister Tutor Diploma 1949, she convened the first Sister Tutor Conference in 1951 and acted as assistant convenor of the first Ward Sisters Conference, 1951. In 1961 she was awarded the OBE for services to nursing. 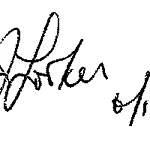