Terence O'Brien was Reader in Botany at Monash University from 1970. Previously he had worked there as a Senior Lecturer (1967-1970) and was the first Australian appointed to Junior Fellowship Society of Fellows at Harvard University (1964-1967). O'Brian was President of the Royal Society of Victoria from July-December 1986. He graduated with a BAgrSc, MSc, PhD, DSc, Cbiol and MAIBiol. 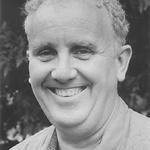