Calder Oliver, MCE, MInstCE, MIEAust, was Engineer-in-Chief, Melbourne and Metropolitan Board of Works. He was connected with many professional institutions and bodies, and delivered numerous papers and addresses on scientific subjects. President of the Royal Society of Victoria 1907. He was a member of the University Club, and also one of the honorary co-examiners in hydraulic engineering for the University of Melbourne. 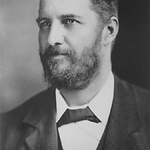