Gerald Room was a mathematician particularly known for his profound insight into configurations in higher dimensional projective space and his general theory of the freedom of manifolds. His most influential publication was The geometry of determinantal loci (1938). He was Professor of Pure Mathematics at the University of Sydney from 1935 to 1968, having earlier studied and then taught at St John's College, Cambridge between 1920 and- -1935. Room was influential in course of mathematics in New South Wales both at university and secondary school level. As Professor he made continuous improvements in the syllabus and teaching standards. He was for a number of years Chief Mathematics Examiner for the High School Leaving Certificate and Chairman of the New South Wales Mathematics Syllabus Committee, during which time the curriculum was greatly revised. The T. G. Room Award is made each year by the Mathematical Association of New South Wales to the highest-scoring student in the Higher School Certificate mathematics examination. Room was a founding member of the Australian Mathematical Society and the first Editor of its Journal. 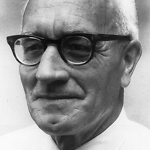