William Dawes, an officer of the marines, came to Australia with the First Fleet in 1788 and established an observatory at Sydney on behalf of the British Board of Longitude.

Dawes arrived in Australia with the First Fleet as a Lieutenant in the Royal Marines, having served in the American War of Independence, and subsequently pursued studies in engineering and surveying. Equipped with meteorological and astronomical books and instruments provided by the Royal Astronomer, he immediately began construction of an observatory at what is now known as Dawes Point, near the southern pylon of the Harbour Bridge. Dawes' meteorological journal provides a detailed chronology of the early weather of the colony from September 1788 until his departure for England in December 1791. A Hundred Years of Science and Service, Bureau of Meteorology, 2001. 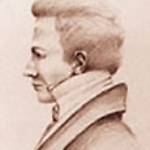