Albert Alexander, who was born and educated in England, was appointed to the Chair of Applied Chemistry, New South Wales University of Technology in 1949. He later moved to the University of Sydney to be Professor of Physical Chemistry 1956-1970.

After achieving first class honours in his science degree, Albert Alexander was awarded an open scholarship to study at King's College, Cambridge. There he completed his PhD in 1938, receiving a King's College senior scholarship and a Ramsay memorial fellowship for postdoctoral research. This was done under the guidance of Professor Rideal at the College's Department of Colloid Science, where Alexander later became Assistant Director. In 1949 he moved to Australia to become foundation chair of applied chemistry at the New South Wales University of Technology. By 1956 Alexander had lost faith in the University and moved to the University of Sydney and was appointed Professor of Physical Chemistry - a position he held until his death in 1970. Alexander has produced over 140 scientific papers. 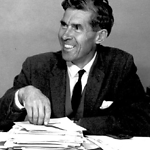