Wilfred Agar was Professor of Zoology at the University of Melbourne from 1919-1948 where he introduced the disciplines of cytology and genetics. A graduate of King's College, Cambridge, he demonstrated in zoology in Glasgow and spent some time in Paraguay prior to coming to Australia.

Wilfred Agar obtained a Masters of Arts (zoology major) from Kings College, Cambridge. Upon completing his studies he had a brief stint in the Natural History section of the British Museum, then took up a demonstrating job with the Zoology Department of the University of Glasgow in 1904. This was the start of a distinguished career in teaching and research in genetics and cytology. His early work was on the embryology of the lungfishes Lepidosiren and Protopterus which led to a fellowship from King's Collage and funding from the Royal Society and the Balfour Fund, Cambridge for an exploration to the very inhospitable and inaccessible Gran Chaco in Paraguay.

In 1915 Agar's research was halted when he was enlisted to fight in World War I. He was made captain of the 5th Battalion and sent to Gallipoli (June 1915) and Egypt. While in Egypt (Alexandria) Agar become ill (enteric fever) and was sent back to England where he remained in army service until 1918. He migrated to Australia with his wife and children in 1919 to take up the Chair of Zoology at the University of Melbourne. This was a hectic role in the early days as Agar was the sole lecturer and main practical teacher. Agar eventually employed more staff to cover some of these duties so he could start up his research again. He was one of the first in Australia to discuss gene inheritance in cattle which lead to the introduction of applying genetic selection in animal breeding. During his 30 odd years at the University, Wilfred Agar rejected three offers to chair at British universities, he was a long-term council member, dean of the faculty of science twice, chair of the professorial board and councillor, then president, of the Royal Society of Victoria. During 1923-47 Agar and family lived in one of the original professors' houses, which he and his wife named 'Clyde'. His watercolour of Clyde' was used by the University of Melbourne Alumni and Development Unit for its 1997 Christmas card. 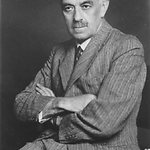