Charles Brothers was a founding member of the Victorian Mental Health Authority from 1952 to 1963 and its Vice-Chairman. He was in charge of monitoring and improving patient and staff conditions within Victoria's mental health institutions.

As part of this role, Brothers regularly visited psychiatric hospitals and began collecting psychiatric paraphernalia, including artefacts, records, photographs, and interviews with Dr Cunningham-Dax (Chairman) and others.

Through word of mouth the collection greatly expanded as institutions began sending Brothers their old artefacts directly. The collection reached over 700 objects and was housed in the Charles Brothers Museum at the Mental Health Library. The Museum closed in the late 1980s and most of its items were split between the Public Records Office of Victoria, Museum Victoria and the Royal Melbourne Hospital. Some items still remain unaccounted for. 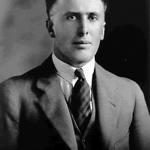 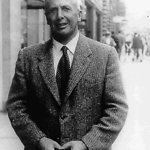 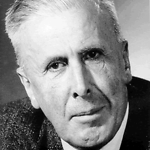