Mavis Avery enlisted with the Queen Alexandra Royal Army Nursing Corps on the outbreak of WWII and was on active service on hospital ship the Somersetshire for most of the war. In 1945 she returned to Australia, taking up the position of Professional Officer for Nursing with the Universities Commission. In 1951 she was appointed inaugural Secretary General to the Royal Australian Nursing Federation. In 1958 she took up the position of Chief Nursing Officer for Victoria with the Victorian Nursing Council.

Just six years after becoming a registered nurse and aged 31 years, Miss Avery was in the UK intending to take up a course of study at the Royal College of Nursing commencing in September of 1939. However, the outbreak of WWII caused her to change her plans and she enlisted with the Queen Alexandra Royal Army Nursing Corp and she served to till the war ended five and a half years later. She was on active service in a hospital ship the Somersetshire for most of the time in the Middle East, North Africa, Sicily, Italy, India and England. She maintained contact with other QA nurses through the QA Nurse Association that met regularly for some years after the war in Melbourne.

In 1945 she returned to Australia and in June of that year took up the position of Professional Officer for Nursing with the Universities Commission. Under the Commonwealth Reconstruction Scheme the Commission was responsible for various forms of nurse training assessing their suitability particularly for ex service men and women.

Miss Avery began to make her mark more broadly in nursing, with her appointment as the inaugural Secretary General to the Royal Australian Nursing Federation in 1951. In the six years in which she held the appointment the Federation grew and developed and, importantly, became affiliated with the international nursing body, the International Council of Nurses.

Miss Avery's influence was channelled in another direction on her appointment as Chief Nursing Officer for Victoria with the Victorian Nursing Council. This was a new position created under the newly proclaimed Nurses Act and Regulations 1956. The Council had much wider powers than the Nurse Board that preceded it that extended to all branches of nursing with particular responsibility for education, training and registration of all nurses. The Council also advised the Minister of Health on all matters relating to nursing.

Energetic and enthusiastic in all she undertook, Miss Avery believed passionately in further education and development for nurses. She was at the forefront of many developments of the time that sought to improve conditions for nurses and to enhance their preparation. She recognized the need for change in order for the profession to be prepared for the demands being made on it for nursing services.
Friends remember her as a forthright person with strong views and a great sense of humour; they recall that she could 'tell a good story'.

1930 - 1933
General nurse training at the Alfred Hospital, Melbourne
1934 - 1935
Midwifery training at the Royal Women's Hospital, Melbourne
1936
Sister-in-charge of the Casualty Department at the Alfred Hospital, Melbourne
1936
Infant Welfare Certificate completed at the Victorian Baby Health Centres Association Training School
1939
Assistant Matron in the Model Infant Welfare Babies Centre in Shoreditch
1939
Registered Nurse in the casualty department of Kingston on Thames Hospital
1939
In the UK for postgraduate study in public health and nursing administration at the Royal College of Nursing London, interrupted by the commencement of WWII
1939 - 1945
Service in the Queen Alexandra Royal Army Nursing Corps in the Middle East, North Africa, Sicily, Italy, India and England, much of it on board the hospital ship Somersetshire
1945
Professional Officer for Nursing with the Universities Commission
1950
Florence Nightingale Scholarship to undertake Diploma of Nursing Administration
1951
Diploma of Nursing Administration from the College of Nursing Australia
1951 - 1957
Secretary General of the Royal Australian Nursing Federation
1953
Fellow of the College of Nursing, Australia
1956
World Health Organisation Fellowship for a study tour of Canada, USA, Scandinavia & England
1958 - 1967
Chief Nursing Officer for Victoria

Nurses Board of Victoria 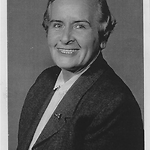