Dora Helen M. (Helen) Bailey was instrumental in establishing the block system of nurse training at Fremantle Hospital. As the Organiser of Nurse Training she developed a Central Training School in Western Australia (later the Government School of Nursing). She was Principal Tutor at the Royal Perth Hospital, and later the inaugural Education Officer in the Public Health Department.

Helen Bailey was a country girl at heart and was brought up on the family property at the 'Dale' in Beverley, Western Australia assisting her father. The Dale and nursing were Helen's passions. Although Helen had always wanted to train as a nurse, family commitments prevented her from pursuing this dream whilst in Australia. Following her training as a wool classer she ventured to England to learn wool buying in 1939. The outbreak of World War II, however, prevented Helen from returning to Perth. Helen trained at the Queen Elizabeth Hospital in Birmingham. It was this initial introduction to the profession and the sound general secondary education that Helen received at New Norcia that provided a strong foundation for the reminder of Helen's professional life. The Queen Elizabeth hospital was affiliated with the Birmingham University medical school. This enabled Helen Bailey to observe and learn bedside teaching skills from the professors of surgery and medicine. Throughout her teaching, Sister Bailey would emulate this strategy of teaching when time and resources would allow. Following her basic training, Helen Bailey returned to Perth and was instrumental in establishing the block system of training at Fremantle Hospital, initially for the third year nurses. Despite the constraints of the learning environment, three third year finalists gained the top three places in the State at the final examination in 1948.

The question of centralising nurse training was a concept debated in 1935 in Western Australia. The purpose of such an initiative was to relieve the difficulties of providing trained nursing staff to the country hospitals. The plan was unsuccessful owing to the outbreak of World War I and insufficient qualified nurse tutors to develop a program. The issue of establishing Central Training School (CTS) was again revisited in 1947 in response to trained nurse shortage in the country areas of Western Australia. The Commissioner of Health Dr Cecil Cook approached Helen Bailey on the strength of the success she had attained at Fremantle Hospital, to take up the position of Organiser of Nurse Training and to develop a CTS. Unfortunately, Helen had to commence the CTS 30 miles from Perth. It was founded in Northam on 15 September 1947. The CTS later moved to Perth and became the Government School of Nursing. It eventually amalgamated with the Royal Perth Hospital in 1972 to become the Western Australian School of Nursing.

Helen Bailey's career in nurse education continued as she travelled to Scotland to complete her Sister Tutor's Diploma at Edinburgh in 1952. She returned to Perth via Canada. Helen was able to consolidate her skills and learn new models of teaching and nursing at the school of nursing in Toronto. It was this valuable experience that enabled Helen to become the Principal Tutor at the Royal Perth Hospital and later the inaugural Education Officer in 1960.

As Education Officer Helen Bailey's duties were to act as liaison officer between the NRB of Western Australia and the nurse training schools in Western Australia. This was to ensure that the schools of nursing conformed to the requirements of the Board and that the curricula in the various categories of nurse training were undertaken correctly. Research and investigation into matters concerning nursing were also part of the role. Helen Bailey was responsible to the Chairman of the NRB and through him to the Minister for Health for advising on and directing matters concerning the education of nurses under the Nurses Act 1922. Bailey had full authority in directing the daily functioning of the Education Section of the Board and further acted as professional consultant to the secretary of the NRB on all routine matters concerning nursing.

During her time on the Education Committee of the NRB Helen Bailey played a pivotal role in changing the pattern of examinations. Previously the examinations were stultifying the educational program. Considerable work was undertaken to establish a more objective examination process and refinement of techniques. This aimed towards more fully evaluating the total development of the student, rather than merely testing his/her ability to cram and then regurgitate facts for examination purposes. As a result the Board's examiners used ward and clinical supervisors reports, record of experience books, short answer objective type papers and long answer patient centred incident type papers.

The Survey was the official research into nurse training. It was necessary to provide statistical evidence that an educational revolution was not only desirable, but urgently needed. Nurse training had been largely based on individual opinion with each training school implementing an individual program of study. In the Survey Bailey attempted to demonstrate the wasteful and frustrating pattern of nurse training which the Western Australia community had inherited. Helen felt that this could be changed into a more rewarding program by reorganising available resources. She advocated that nursing training should be built on the study of man as a physical and psychosocial member of the community, with technology forming an adjunct to the curriculum.

The outcome of the inquiry was the establishment of a Working Committee that developed a comprehensive curriculum. The nursing syllabus had undergone slight changes over the years since 1900, but these were additions rather than deletions of content. Following the publishing of the Western Australian Nursing Survey 1960-1962 the NRB approved in principle the establishment of a comprehensive nurse education curriculum. Bailey was responsible for developing a systematic democratic method of building two curricula. The first was the Hospital Based Diploma, which was implemented at Royal Perth Hospital in 1972. The second was an Associate Diploma designed for nurses who aspired to leadership positions. The NRB planned to implement this at the Western Australian Institute of Technology. As Bailey retired in 1970 she was unable to take up the challenge of following through with the plan. The Associate Diploma was rewritten and developed by Merle Parkes as the Bachelor of Applied Science. It was implemented at the WAIT in 1975 (later became Curtin University of Technology). This was a significant time in the history of nurse education in Western Australia as nurse education had now entered into the higher education sector. 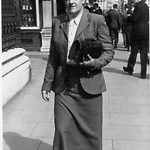 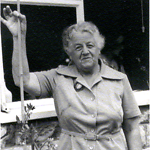