Sylvia Curley qualified as a nurse in 1926 and spent her early years of nursing in country New South Wales. She worked for the Canberra Community Hospital (later known as the Royal Canberra Hospital) from 1938 until her retirement in 1966 as deputy matron. In her 'retirement' years she ran a nursing employment agency in Canberra and was a strong advocate for changes to nurses' education. In 1994 she donated her family home, Mugga Mugga, to the people of Canberra and oversaw its development into an environmental education centre. Sylvia Curley was awarded the Medal of the Order of Australia on 8 June 1992 for her services to nursing, to local history and to the National Trust.

A second generation descendent of Irish bounty immigrants Sylvia Curley grew up in Duntroon in what is now Canberra and was then a farming estate where her father was employed. In her life time she saw Canberra evolve from a rural farming community to be the capital city of Australia. Sylvia's strong sense of history and interest in local culture became a passionate concern and led to her activities in preserving local history. In complete concurrence with the wishes of her family, in 1995 she donated the family home Mugga Mugga Cottage, one of the oldest buildings in Canberra, to the people of Canberra to become a house museum and environmental education centre.

Throughout her nursing career her two major concerns were the improvement of patient care through sound administrative practices and improved education for nurses. Miss Curley provides her own accounts in her book The long journey of the difficulties she encountered striving to bring about change in hospital practices and to provide basic equipment for teaching, suitably qualified nurses to run education programs and to develop an improved environment for nurses to achieve learning goals. She undertook fund raising for the purposes of achieving her vision for nurses' education. She is seen now to be ahead of her time in her advocacy for changes to nurse education. At a time when these matters were not established practice she supported a reduction in the length of the four year training program, extensions to the preliminary training period, the establishment of a qualified staff dedicated to teaching, to take charge of the education program and the provision of an adequately equipped tutorial department in which to conduct the education program.

On her retirement from nursing and her position as deputy matron of the 'old' Canberra Hospital in 1966, Sylvia Curley ran an employment agency for 20 years for nurses specialising in providing nurses for doctors' surgeries and rooms. She lived to celebrate her centenary at a mass in St Christopher's Cathedral in Manuka ACT, on 7 November 1998. 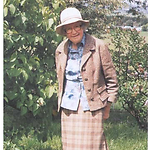 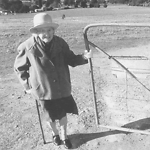