Joan Durdin, author of They Became Nurses: A History of Nursing in South Australia, 1836-1980 (1991) and Eleven Thousand Nurses: A History of Nursing Education at the Royal Adelaide Hospital 1889-1993 (1999) is a nursing historian and as a nurse educator has contributed much to the advancement of nursing through the development of advanced education in the higher education sector. In addition to her ten year's teaching at Royal Adelaide Hospital she spent six years as a nurse educator in Papua New Guinea. She conducted extensive oral history interviews for the Royal Adelaide Hospital Heritage and History Committee, 1991-1998. Durdin is commemorated by the Joan Durdin Oration, an annual event initiated and sponsored by the Department of Clinical Nursing at the University of Adelaide.

In 1974 she was appointed Lecturer in the Nursing Department, Sturt College of Advanced Education where she shared responsibility for the development of the curriculum for the basic program and for clinical placements of students. She was Head of the Department from 1979-1981 and when she retired in 1983 was Head of the School of Health Professions at the South Australian College of Advanced Education Sturt Campus. The importance of her work was recognised when she was made a Member of the Order of Australia in 1985.

Durdin was also active in the work of the College of Nursing Australia, now the Royal College of Nursing Australia (RCNA) which awarded her an Honorary Fellowship in 1984. She was President of the South Australian Branch of the Royal Australian Nursing Federation ( now the Australian Nursing Federation) between 1976 and 1980 and a member of the Board of Management of Child and Adolescent and Family Health Service for three years including Chair of the Board in 1983.

Following her retirement Joan Durdin completed an Honours degree in History at the University of Adelaide. She then became involved in RCNA's National History Project, developed an oral history handbook and coordinated the National Oral History Program. She convened a sub-committee to compile the South Australian Chapter's archives, published a history of nursing in South Australia and wrote a number of biographies.

Durdin has been an architect of the transformation of nursing training in South Australia from the hospital to the tertiary education sector. She has been a leader nationally and internationally in the struggle to improve the professional status of nursing for more than 40 years and is renowned for her personal attributes of tact, diplomacy, tenacity of purpose, insight and calmness in adversity.

This text comprised the citation on the occasion of Joan Durdin being awarded an Honorary Doctorate from the Flinders University of South Australia in 1994, and is used with permission. 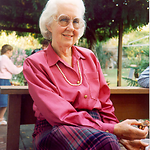