Francis Fox worked in England and West Africa before arriving in Melbourne in 1953. From 1957-1970 he was Chief Superintendent, Defence Standards Laboratory, Department of Supply, Maribyrnong. During World War II he made a significant contribution to the war effort with his work on magnesium technology. 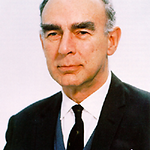