Bill Gibbs was Director of the Bureau of Meteorology from 1962 to1978 and first Vice-President of the World Meteorological Organization from 1967 to 1975.

Bill was no ordinary meteorologist and certainly no ordinary public servant. When it was in the interests of the Bureau and the Australian community that he work closely with other individuals and organisations, he did so with boundless energy, enthusiasm and goodwill. When it was necessary to fight uncompromisingly on issues of principle and in defence of the long-term good of the Bureau and the betterment of Australian meteorology, he did so with a strength of will and resilience that few could match. John Zillman, Metarch Papers 13, 1999 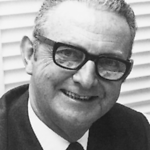 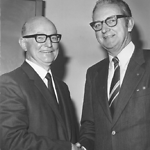