Judith Parker undertook her basic nursing education through the Royal Melbourne Hospital and Associated Hospitals School of Nursing. Following three years as a staff nurse and two years as a nurse educator she left full-time nursing for a number of years to concentrate on raising four children and undertaking undergraduate and postgraduate study at Monash University, supplemented by part-time clinical work. As one of very few PhD prepared nurses working in higher education in nursing in Australia in the early 1980s, she was well positioned to play a leading role in the transfer of nursing education from hospitals to higher education. Subsequently she was extremely influential in the development of higher degrees in nursing and in the establishment of a research base for the discipline in Australia. Her contribution to scholarship and professional development in nursing is highly regarded internationally.

Professor Parker is one of the pre-eminent figures in Australian nursing education and scholarship. In her career as a nursing academic she has been at the helm of a series of major innovations. From the Head of Nursing at the Lincoln Institute of Health Sciences, to the Foundation Head and Professor of Nursing at La Trobe University, to the establishment of the School of Nursing at the University of Melbourne, Professor Parker has been a trailblazer, highly regarded and immensely influential in the establishment and development of the discipline of nursing in Australia.

She is esteemed internationally for her work in promoting international nursing, for the quality of her publications and for the role she has played as Founding Editor of the prestigious scholarly journal Nursing Inquiry. She has played a major role locally and internationally on key committees and boards aimed at promoting nursing research and scholarship. She was included in the Victorian Honour Roll for Women 2001 and appointed a member of the General Division of the Order of Australia in 2002. In 2005, she was awarded an Honorary Doctor of Medicine and appointed Professor Emeritus of the University of Melbourne. 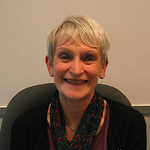