William Watt joined the newly formed Commonwealth Bureau of Meteorology as Tasmanian divisional officer in 1911 and eventually rose to become Commonwealth meteorologist, a post he held from 1931 until his retirement in 1940.

William Shand Watt had been assistant to Henry Hunt and was appointed as Commonwealth Meteorologist following successful appeal against the promotion of Henry Barkly. He presided over a difficult period for the Bureau with little support for its scientific development and little awareness in government of the imminent need for major expansion to meet the needs of civil aviation and subsequently the war effort. He participated in the 1935 IMO (International Meteorological Organization) Conference of Directors in Warsaw and the 1937 meeting of IMO Regional Association V (South West Pacific) in Wellington. A Hundred Years of Science and Service, Bureau of Meteorology, 2001. 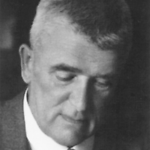